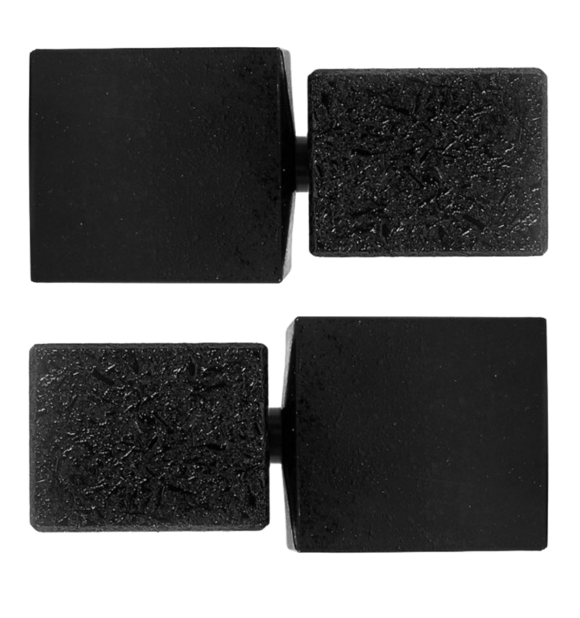 „Black is modest and arrogant at the same time. Black is lazy and easy – but mysterious. But above all black says this: I don’t bother you – don’t bother me.” Yohji Yamamoto –

My ways through Munich end mostly in the shop “Parfums Uniques” of the wonderful Eva Bogner. As also on this weekend.

The clouds hung black, thick and heavy over the city. When we entered the shop, George, the wonderful sales assistant, was already waiting for us. He always manages to lure me out of my reserve, to inspire me with new things, to challenge me, to broaden my horizons. We chatted a little until he finally pointed to flacons and said that I absolutely had to smell.

Unum’s bottles were like the atmosphere in the city. Black, thick, heavy. Spontaneously I had to think of Yohji Yamamoto. So cubistic and yet deconstructive. Haptically new and unexpected. Like something one has found in nature. Parfume Flacons have to look exactly like this. Surprising little works of art that look as if they were alive.

Instinctively, I picked up Ennui Noir. The bottle is rather unspectacular (compared to „io non ho mani che mi accarezzino il volto“ – „there are no hands that can caress my face“, which is covered with a cap of amorphous leather and simply looks exciting).

I opened the bottle, I smelled. Immediately, pictures shot through my head as if from Matrix, heavy and yet light-footedly elegant. Dark, morbid and lively at the same time. Wicked, obscene, disreputable and yet so stylish. Smells flew past me like the data stream flew past Keanu Reeves.

This fragrance was new, completely new. Never before have I perceived such a fragrance, such a harmony, and yet it was so familiar. Tchaikovsky’s Swan Lake Act 2 No.10 shot through my head. You know what to expect and yet you are caught and surprised by every note. As the duration progresses, it becomes more and more exciting and dramatic, until the sounds and scents almost turn over. Lavender, heliotrope, cedar wood, vanilla struggle for the favor of the nose and create a structure that is very rarely found.

Someone says about Unums Ennui Noir that the fragrance is the color black as perfume. I see it differently. Rather, it is a bouquet of cakes, flowers and colours. You want to touch everything, enjoy it or just enjoy the sight and the taste. At first it is difficult and incalculable, but then it unfolds its beauty in light and shadow. When we left the shop, the clouds had cleared and a few sunbeams flashed through.